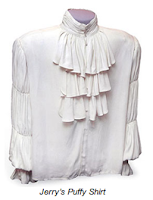 The storm around the Runway Protection Zone issue turned out to be just a passing squall, not a hurricane – more like a “puffy shirt,” less like a Hugo Boss.
The City has received assurances from the Federal Aviation Administration that the agency “has concurred with the City’s Runway Protection Zone (RPZ) avoidance measure for the Honolulu Rail Transit Project.” The City’s press release continues:
“The RPZ avoidance will relocate a portion of the project’s guideway several hundred feet, from Aolele Street to Ualena Street, beginning approximately 2,000 feet west of Lagoon Drive, and will relocate the Lagoon Drive rail station to the corner of Ualena Street and Lagoon Drive. The alignment through the airport area will still be primarily along Aolele Street.”
And that’s that.
Posted by Doug Carlson at 5/04/2010 08:26:00 AM