Latest Anti-Rail Misinformation Piece Gets a Smack-Down Response from Someone Who Knows More about Honolulu Rail Transit than All of Its Critics Combined!

Stop Rail Now co-founder Dennis Callan, a self-described world traveler who thinks the dozens of stamps in his passport make him an expert on rail transit, has yet another misleading, error-filled essay in Civil Beat today. 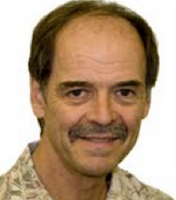 Yes2Rail doesn’t know whether the Honolulu rail project will attempt to correct Mr. Callan’s mistakes and blatant disregard of the facts, but we’re not waiting. We’ve secured a point-by-point deconstruction of Mr. Callan’s piece written by a professional transportation planner who’s had years of experience with Honolulu rail.

Don’t worry about who the author is as you read his refutation of Mr. Callan’s commentary, which is headlined There are Many Reasons To Reject Rail. Just reading his fact-based analysis should convince you he knows his stuff. Mr. Callan’s paragraphs are shown below in purple, followed by our expert’s commentary.

There you have it – a thorough and credible dismantling of the anti-rail set’s best list of reasons to oppose Honolulu’s elevated rail project. If they didn't think so highly of this commentary, they wouldn't have placed it 8 days before the Primary Election.

Please digest our friend's response and take it to the bank. As they say in Vegas, "It's money."

TRAFFIC & ALTERNATIVES: Rail will not solve our traffic problems. City and FTA admit that congestion will be worse with rail than now but will be even worse with a half bake BRT system. Cheaper, more effective alternatives could be implemented quickly in our dreams, but were never implemented because they exist only in our dreams. All alternatives were studied by the State and City governments and the first option thrown out was the half baked BRT system. The $5 billion price tag for rail is time and inflation adjusted and is falling because the Federal Transportation Department required the City to inflate the costs of certain parts of the rail construction to be on the safe side. An arrogant politician who is intolerant of criticism and unwilling to listen to the facts is trying to kill the most vetted project in the history of Hawaii. Major polls are showing support falling due to misleading ads and promises of the anti-rail coalition. About the author....Often travels to Las Vegas but is smart enough not to gamble. Spends most of his time taking his wife window shopping and eating well.

I can't figure out whether Callan has actually managed to convince himself that he is some kind of expert who knows more about rail transit and Honolulu's needs than actual transportation experts who really study and comprehend such matters, or whether he is just deceitful and arrogant enough to put on a show knowing full well that his arguments range from specious to preposterous.

And I can't figure out why someone who spends most of his time gallivanting in Europe is so angry and dogmatically opposed to Honolulu's best, and perhaps last, chance to acquire a modern and efficient rail transit system that will serve it well for generations to come.