Honolulu Weekly Gets a Scoop on Draft FEIS, Says Content Is Consistent with City’s Statements 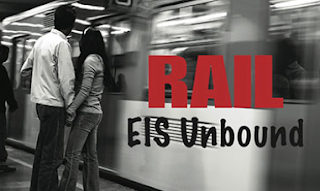 Taking a cue from movie ads and their selective quotes from film reviews, here's our summary of Honolulu Weekly's story today on its reading of the draft Final Environmental Impact Statement on Honolulu Rail:
“Amid political name-calling, sensational headlines and evasive officials offering little beyond canned quotations..., the (FEIS) document (is) consistent with what City officials have said.”
That pretty much clears it up, wouldn’t you say?

Of course, we did leave out about 200 words from the lead-in to the Weekly’s article on the FEIS, which the newspaper obtained (ahead of the Honolulu dailies) through a Freedom of Information Act request to the Federal government.

Going right to the essence: According to the Weekly, City officials have been saying exactly what’s so about the rail line’s routing near Honolulu International Airport. (See last week’s “view with alarm” Honolulu Advertiser coverage of this issue, which is linked from our Yes2Rail posts below.)

There’s lots more, of course. The paper highlights the major issues and compares the 2008 Draft EIS with the Final, which as summarized by HW comes across in a matter-of-fact way without a hint of obfuscation.

There you go again. Why didn't you mention that the editor of Honolulu Weekly is your son? I'm guessing some of your readers might have found the connection interesting, if not illuminating.

Yes, Ragnar Carlson is my son, and ...... what? Did you miss his Editor's Note some weeks ago? http://tinyurl.com/yj4p4hy He's not even involved in the Weekly's coverage any longer for reasons explained there.

But beyond that, what is your point? The Weekly scooped the competition -- something so obvious it can't be denied. And you find it objectionable that I said so?

Illuminate me again what you're implying. Thanks.

It doesn't change what the FEIS says regardless who is researching and publishing the results. Plain and simple, the FEIS is inline with the city. Check out the cost portion, despite a drop in tax revenue, the estimated cost of project also has dropped. The planned fed contribution had also gone up slightly. It's far from the sky is falling picture opponents like to paint.