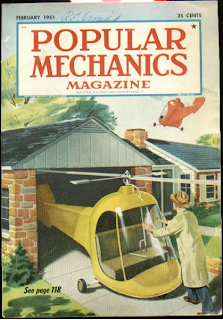 Read this month’s Honolulu Magazine and you might be reminded of some mid-20th century 'zines. Popular Science and Popular Mechanics were forever running pieces that imagined how life would be lived in the future – i.e., our lives now.
They predicted we’d be commuting in helicopters and cars with wings that fold back for road use….that sort of thing.
Honolulu editor Kam Napier doesn’t like Honolulu rail – an “unimaginative, 19th-century use of $5 billion…” he calls it. Napier says Oahu traffic needs a 21st-century solution, but his suggestion seems naively reminiscent of those old magazine pieces.
“Forget train tracks and bus lines,” he writes. “Imagine a network of on-demand shuttle buses. From your home or your phone, you send the network a request to go somewhere…. “

The network would analyze your request, search for similar requests from your neighbors and dispatch a shuttle driver to swing by and pick you up. “You get door-to-door service in shared vehicles that only go where they need to go, and only when they need to go somewhere.”

Napier says this isn’t a bus line or taxi service; “it’s something else entirely. In my wildest fantasy, every car owner in Honolulu can join the network as drivers as long as they’re willing to pick up and drop off their fellow citizens as they go about their own business.”

Napier’s fantasy sounds like what you'd get by blending shuttles, taxis and car pools – the Shaxi-Pool – and maybe it would work in a community that needs such a service.

But it’s obviously not a “solution” to Oahu’s biggest and growing transportation problem – congestion on our east-west roads and highways, morning and night and other times. Don’t take our word for it; the Oahu Metropolitan Planning Organization says that’s the one, and so has every other reality-based assessment.

Elevated above surface traffic, Honolulu rail will give the commuter an option to being stuck in traffic congestion. Whatever its imagined merits, Shaxi-Pool would keep its customers in the same traffic that the rail commuter will completely avoid.

Napier apparently thinks rail transit fails because it doesn't clean up all that traffic congestion. He looks to Los Angeles as a model for failed rail and writes ”traffic is still congested….”

No kidding. Los Angeles has traffic congestion. And that’s a reason not to build rail on Oahu?

The Honolulu rail project has evolved over decades. Once built, it will serve generations of Oahu residents. Maybe one of them will want Shaxi-Pool, but there’s nothing to suggest it’s ours.
Posted by Doug Carlson at 9/08/2010 06:24:00 AM

I'm trying to spread this meme around. Transit will always be a failure if it is measured in terms of how congested the roads are- look at, for instance, New York City. The most well-developed transit system on the continent, and they still have rush hour.

Thanks, Justin. You've said it well. Honolulu magazine's editor is just another anti-railer who can't comprehend what you've written. Without rail in SF, NYC, Chicago and cities around the world, highway traffic would be even worse! Honolulu rail will reduce congestion somewhere between 15 and 20 percent, according to the FEIS, and that has to be good.

I wish it had been there 45+ years ago