Let’s get out of the daily give-and-take on Honolulu rail and see what’s being said on the mainland about transportation. It might just be educational.
From today’s San Jose Mercury News: “With his most public cheerleading yet for California's bullet train, Gov. Jerry Brown on Wednesday signed the $8 billion bill to kick off high-speed rail construction and showed no sign he was worried about voters' increasing skepticism for the rail line.

“Calling naysayers ‘NIMBYs,’ ‘fearful men,’ and ‘declinists,’ the governor celebrated a project that he first signed a bill to study 30 years ago…. ’This legislation will help put thousands of people in California back to work. By improving regional transportation systems, we are investing in the future of our state and making California a better place to live and work,’ Brown said.”

If this sounds familiar to Honolulu ears, it should. Much of California high-speed rail commentary is also said about the Honolulu project – from both sides of the issue.

Local critics led by anti-railer-in-chief Cliff Slater have criticized the construction plan for Honolulu rail, which will be built in phases. The earliest will connect Kapolei with Waipahu and Aloha Stadium, and critics laugh off the ridership projections between those points.

There’s a similar complaint in California. Critics there ridicule the high-speed line’s initial construction in the Central Valley between Madera and Bakersfield. “These are not exactly major centers of business and culture,” sniffs one nay-sayer.

Transportation projects have to start somewhere, of course, and Honolulu rail supporters counter the criticism by noting that wherever the first phase is built, a maintenance and storage facility must be located adjacent to it.

Work on Honolulu’s 43-acre MSF began last year on a site just off Farrington Highway between Leeward Community College and Waipahu High School. Carving out space that large in urban Honolulu for the MSF would have been too costly with too much impact on the community, which is why the project is proceeding from west to east. 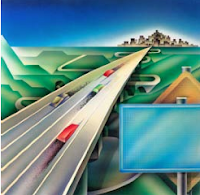 Mr. Slater liked the piece he read in yesterday’s Wall Street Journal so much he’s posted a link to it at his anti-rail, pro-car website. An article headlined Paving the Way for Driverless Cars has a few nuggets that are worth calling out because of their relevance to the Honolulu rail project.

Author Clifford Winston notes early in his article: “It is already possible to imagine a world in which you could predict exactly how long it would take to drive in your car from one point to another. No worries about rush hour, vacation congestion, bad drivers, speed traps and accidents. You could also text while you drive with no safety implications.”

Ironically, those are exactly the same arguments Honolulu rail supporters make about the project. As we’ve noted repeatedly here at Yes2Rail, grade-separated transit is the only travel mode that allows users to accurately predict their time of arrival before they even start their trip.

Deep into his piece, Mr. Winston reveals what may really be driving the push for high-tech driverless systems, a recurring desire of car advocates to create exclusive highway lanes that only the well-to-do could routinely afford:

“The future also holds the promise of new communications technologies that could let road authorities use electronic tolls to charge motorists for their contribution to congestion, based on actual traffic conditions, and thus encourage them to travel during off-peak periods, use alternative routes, or switch to public transit. Driverless cars would significantly help motorists respond to congestion tolls because their technology can balance the cost of a toll with its travel time savings to optimize motorists’ route choices.”

As we commented at the time, “Vehicles presumably can travel relatively congestion-free on (high-occupancy toll) lanes (when there are no accidents) only because most people decline to pay the high tolls. They’re left to sit in bumper-to-bumper traffic on the other highways.”

The same would be true in Mr. Winston’s high-tech car-dominant future society. It’s a vision that truly hard to imagine happening on Oahu anytime before 2050 at the earliest, yet congestion-free through-town travel will be achieved with the completion of the Honolulu rail project’s 20-mile line by 2020.

Sooner is better than later in Honolulu, which already has the worst traffic congestion in the nation!

War on Cars?
Finally, National Public Radio’s “All Things Considered” program aired a segment yesterday that’s recommended listening for Oahu residents as they ponder the never-ending debate on the island’s future – with or without rail transit.

NPR’s ongoing “cities project” reports on the state of urban America. ATC’s story Wednesday afternoon said its next few series segments will examine cities’ relationship with cars. One city examined yesterday is the nation’s capital, where the director of Washington’s Office of Planning says there’s a shift under way from decades of car-focused transportation planning.

“We’ve begun more than a decade-long effort to rebalance our transportation system, in part because we just don’t have the capacity in the city to accommodate everybody who wants to be here to work or to live if everyone was always in an automobile for every trip,” says Harriet Tregoning.

More transportation options are good for not just commuters but city residents, too, she says: “People are using these other transportation modes, and it’s making it possible for restaurants and other businesses to open in all kinds of neighborhoods throughout the city.”

The ATC piece is informative listening, including how cities collaborated with the automobile industry to create an urban landscape that’s been overwhelmed by cars and the road infrastructure to support them for the past century.

That’s changing all over America, and it’s changing in Honolulu, too. As Governor Brown said yesterday: "What is is all about is investing in the future. I know there are some fearful men – I call them declinists – who want to put their head in a hole and hope reality changes. I don't see it that way. This is a time to invest, to create thousands of jobs."
Posted by Doug Carlson at 7/19/2012 06:15:00 AM

Drunken sailors are not that stupid.