Nattering Nabobs of Negativism Can Be Found Everywhere, and Rail Frequently Is Their Target 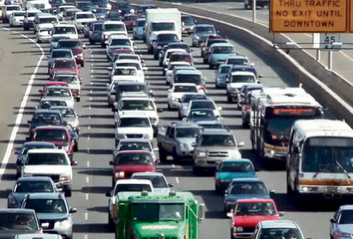 Today’s letter to the editor recalls Spiro Agnew – he of the colorful alliterations, one of which is in our headline.
Here’s the letter:
Timing all wrong on rail
I strongly believe that Honolulu should be investing in infrastructure projects, including transportation projects that will provide benefits to its residents and increase economic activity.
However, now is not the right time for these projects. Infrastructure projects like Honolulu elevated rail are important and might create some jobs, but they’re not as important as other pressing  matters, including resolving our sewer system or fixing our roads.
Furthermore, if this project continues to flounder about or even fail, what signal will that send to potential investors in Hawaii? I’m afraid it will only be another sign that investing in Hawaii is risky business.

Truth be told, this letter is in today’s Sacramento Bee, not the Honolulu Star-Advertiser, and I inserted Honolulu-specific phrases and descriptions to replace the writer’s references to California and the state’s high-speed rail project.

The point, of course, is that negativity about rail projects can be found everywhere they’re planned, which isn’t unusual given America's decades of car-centric planning and highway construction.

Why bother to make this point today? Because highways and the vehicles that ride on them can’t begin to accomplish the Honolulu rail project’s goals, which is this blog's focus these days.

Yes2Rail is in the final three weeks of its direct connection with Honolulu rail. I’m paid to write it as an educational tool to help Oahu residents understand the project, perhaps better than they did before they stumbled onto this blog.

More on Mobility
There’s no better way to go out than by focusing on those goals. As noted yesterday, Jerry Comcowich’s constant badgering has pushed Yes2Rail in this direction, and yesterday’s post quoted from one in July 2008 on rail’s big deliverable – the restoration of mobility to residents and workers in the long southern Oahu urban corridor.

Oahu’s population in 2030 is expected to be 150,000 to 200,000 higher than it was in 2005 due to births and migration to the island. The street and highway network in this already crowded corridor will become even more congested, since there’s simply no more space and no apparent public desire to pour more concrete for highways.

Honolulu’s elevated rail system will restore mobility by allowing travelers to avoid that congestion. They’ll enjoy traffic-free trips that, not incidentally, will be fast, frequent, reliable and safe.

All those photographs of at-grade rail accidents in Yes2Rail’s right-hand column aren’t there to fill space. They convey a message about the wisdom of building Honolulu’s elevated system above all surface traffic – where it will be impossible to collide with vehicles and pedestrians.

Predictable Arrivals
With the restoration of true mobility, which can be loosely defined as the ability to pick up and go any time you want, Honolulu residents will achieve something that eludes them today – knowing when they’ll arrive at their destination. Here’s something from Yes2Rail’s August 14, 2008 post:

“If you drive in Honolulu, you already know what a crap shoot it is to accurately predict when you’ll arrive at your destination. Surface streets or freeway, it makes no difference; traffic can block your progress when it’s least expected.
“Many of us have scratched our heads as we sit in a jam on H-1 on days when ‘it shouldn’t be like this.’ We recall a Saturday morning several weeks back when the highway was clogged for no apparent reason other than everybody wanted to be on it at once.
“Rail will be different. Anyone who chooses to ride the system through the urban corridor between ewa and downtown will know their exact time of arrival before they even set foot on the train. Grade-separated transit is the only transportation mode that can do that – well, aside from short trips by foot.”

That’s worth repeating. Only a transportation mode that’s separated from all other traffic throughout the entire trip can deliver you to your destination on time, every time. Buses can't do that, and neither can toll roads.

That’s mobility in a nutshell, and it’s only one of the rail project's Big Four goals. The review continues tomorrow, but Yes2Rail can't sign off today without quoting a letter in today's Star-Advertiser in its entirety. It's full of experience-based wisdom:

People will learn to appreciate rail (Honolulu Star-Advertiser, 7/23)
Years ago, I was in Chicago in the summer riding in an un-airconditioned cab from the airport.
It was hot and humid and traffic was moving at a snail's pace.
Then the train went by us at a steady pace, advancing through the gridlocked traffic like an ice breaker through the Arctic.
"Why didn't I take that instead?" I thought. It was cheaper, faster and air conditioned.
More recently I was in Phoenix during baseball season. I drove to the stadium through heavy traffic and paid $15 to park near to the stadium. The next time, I drove to a closer park-and-ride lot, parked for free, and rode the air-conditioned train to the front entrance of the stadium, for a $3 round trip.

The advantages are not always apparent until you experience them.

Not surprised at all. The anti-infrastructure strategy has it's organizational roots with the libertarians, Tea Party, Koch Brothers, Heritage Foundation and Reason Foundation entities. These are the "screw the middle class" advocates who want to shrink the size of government to the point that large corporations run the country. They have infiltrated Hawaii politics with the cancellation of rail being their first goal. If they can get their candidate in the Senate they will have met goal two. And if they can win a House seat the trifecta will have been accomplished.

When the history of this dispute is written, it certainly should reflect the complete failure of the Hawaii news media to ever question in any meaningful way the motives and money behind the anti-rail brigade. It's not all just personal and political vendettas, petty selfishness, ideological blindness, cries for attention and the useful idiocy of utopian fools. But there's obviously plenty of that stuff too.