Enjoying Grade-Separated Transit to the Max 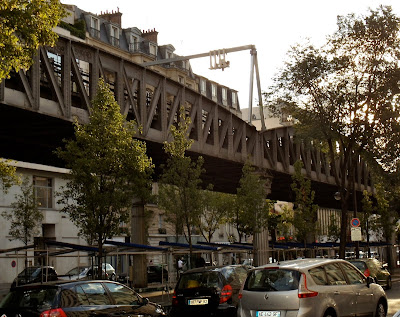 Paris Metro overhead line near the La Motte-Piquet -- Grenelle station. Most of the system is below grade.*
This photo was taken on our current “transit inspection” tour. The IRS won’t buy that, so we’ll call it what it is – another trip to our favorite country outside the good ‘ole US of A.

You can’t visit Paris without using the Metro, all of which is grade-separated, mostly as a subway. It’s simply unthinkable, impractical and expensive to travel across the city on surface streets unless you want to use the bus as an inexpensive alternative to a guided tour.

One, the streets are unfamiliar and undoubtedly traffic-clogged, so driving isn’t a good option, but even if you did have a car, streets are jammed with drivers who don’t drive like you do. Two, you won’t find a parking place at your destination, and three, cabs will get you there in about the same time but cost several times more than the Metro.

An outing on the Metro on a recent Saturday evening from the Gare de Lyon Metro station (12th arrondissement) to the Commerce station (in the 15th) cost about $2.20 at the current currency conversion rate. It took 20 minutes, including one line change, and the opportunity to discretely observe our traveling companions was worth the price. 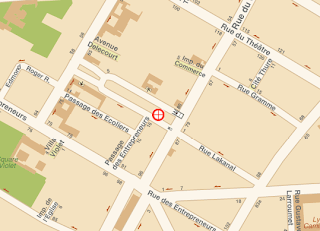 The Metro system makes it as easy as possible. System maps are posted in each station, and you can consult Metro’s website for a trip planner. The trains run on a timetable, allowing you to know your arrival time before you even start your trip.
That’s a point we make repeatedly when discussing Honolulu’s future rail system. H-1 and surface road traffic makes each drive through the urban corridor an unpredictable adventure; you either make it through without jams caused by accidents or the usual vehicle load or, much more likely, are caught in mind-numbing stop-and-go traffic.
So in addition to the museums, churches and cafes, be sure to enjoy the Metro when in Paris -- something the locals have relied on for fast, frequent and reliable transit service since the 19th Century.
* Honolulu's elevated system will have much less visual impact than this elevated segment, which was opened more than 100 years ago.
Posted by Doug Carlson at 8/02/2010 08:51:00 PM